The Bronx rapper is being sued over the 2018 hit “Rich Sex” with Lil Wayne after one of Nicki Minaj’s longtime friends is bringing a lawsuit over the song.

The plaintiff Brinx Billions, a New York rapper name Jawara Headley, who has been a close friend of Nicki Minaj for many years, is now suing the superstar rapper for $200 million in damages for allegedly stealing his song “Rich Sex”, and not giving proper credit, according to TMZ.

Brinx claims that he played the song for Nicki and told her it would be a “smash hit.” The song was eventually featured on her 2018 album ‘Queen’ and also featured vocals from Brinx during the intro and outro of the song.

In the song, Brinx can be heard “full blown, run rich, Brinx,” at the beginning of the song. He now claims that he is the sole author/ creator/ composer/ writer/ producer of “Rich Sex” which also features bars from Lil Wayne. However, He says he isn’t credited as the sole author/creator. He also says that his friend Nicki stole some of his lyrics- “it ain’t such a thing as broke and handsome,” being one example. Interestingly enough, Jawara Headley is listed and credited as a writer on the song per ASCAP. 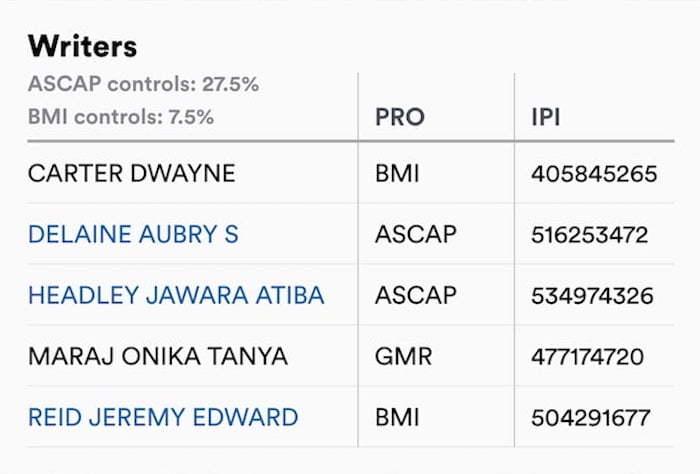 Brinx, on the other hand, is more than a friend to Nicki. He is reportedly signed to Young Money Entertainment and is Nicki’s second official artist. The rapper who has 46k followers claims on his social media to not be a rapper but “I’m who most rappers claim 2 B.” He has been in the rap game since 2006 but hasn’t received the mainstream success his counterpart Nicki has.

Meanwhile, the Barbs are up and at it! Many took to Brinx’s socials to air their grievance with the Jamaica, Queens rapper. One said, “you’re BROKE. Stop flexing money that you clearly do NOT have.” Another said “flop,” while another asked, “you mad doggie?” referencing one of the lines from Rich Sex, which Nicki asked at the end of the song.

Another person said, “you wake tf up & realize you not winning this case, it’s gonna end faster than the 3 words you said in the beginning of rich sex.”

Others taunted the rapper that music he posted on Instagram was “trash.”