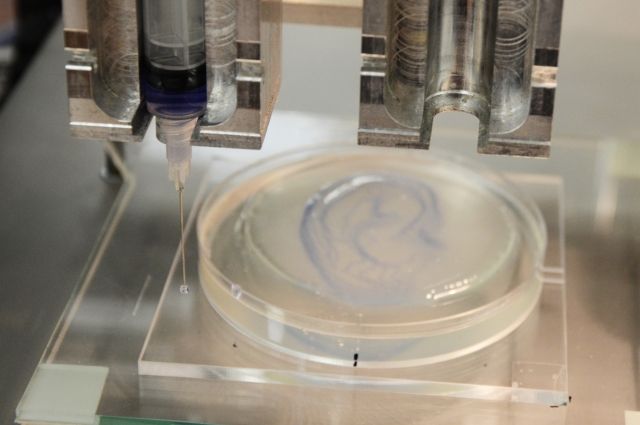 Surgeons from an American biotechnology company sewn a 20-year-old patient for the first time with a new 3D-printed ear. This was reported on the company website.

The operation was required by the girl due to microtia, a congenital underdevelopment of the ear. This feature occurs on average in one child out of 10 thousand. It does not pose a danger, but it can ruin self-esteem.

Specialists scanned the patient’s healthy ear, took cartilage samples, then grew the required amount of cartilage cells, mixed them with collagen-based bioink and printed a new ear on a 3D printer. It all took about 10 minutes. This was followed by a transplant operation.

Physicians expect that over time, the transplanted ear will acquire nerves and take on a more natural appearance, as well as become sensitive.

To popularize the practice, 11 more such operations are scheduled patients. Doctors hope that in the future it will be possible to treat more severe diseases with the help of 3D bioprinters. For example, breast reconstruction after cancer.

It was previously reported that scientists from Swansea University in Wales are going to test 3D-printed cartilage, which are made using human cells and plant materials. £2.5 million will be spent on research and implementation of the technology.