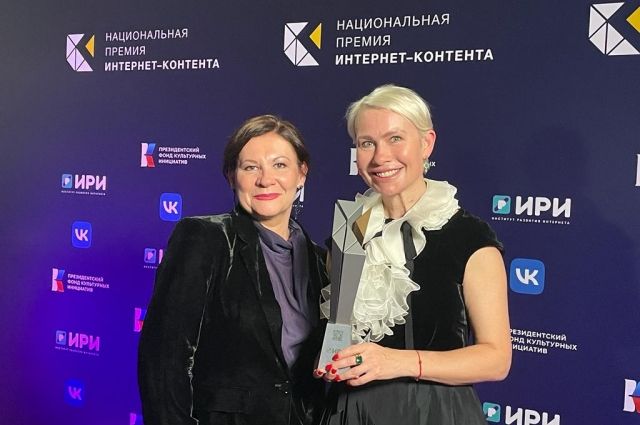 On June 2, the Music Media Dome in Moscow hosted the solemn ceremony of presenting the first National Internet Content Award. AiF multimedia project «Science — time of the young won in the nomination “Development and Opportunities”.

A project about young Russian scientists and how they create the future of our country. In the format of video interviews, infographics and photo reports, AiF.ru told what young scientists are focused on today and what discoveries to expect from them tomorrow, but most importantly — showed modern young scientists close-up, refuting the belief that only old people remained in science, and young people do not go there. The project is addressed to the younger generation. Created with the support of the Russian Academy of Sciences and the President of the Russian Academy of Sciences Alexander Sergeev. The multimedia format of the project allowed to collect more than 10 million views of the project's stories.

“We are happy to receive such a high appreciation from colleagues! This is a project that involved, surprised and shocked us in the process of its implementation. More and more young people are interested in science and become researchers. They work not only as part of scientific teams under the guidance of experienced scientists, but also act as leaders of laboratories and scientific groups. However, scientists rarely talk about themselves, because they are busy with a serious matter, and they are not up to it. We have collected stories from 30 young researchers about their work. And now we know what a modern scientist looks like, what the minds of young people are doing in science, and what discoveries to expect tomorrow. And most importantly, we told young people in a simple and understandable language, in their favorite video format, about the most interesting developments, technologies, scientific discoveries and about those who make them. Congratulations to the AiF team and AiF.ru!» — Marina Mishunkina, First Deputy General Director of AiF, commented on the victory in the nomination.

The award was established by the Internet Development Institute (IRI) ) with the support of the Presidential Fund for Cultural Initiatives, the VK holding acted as a strategic partner. The award was established to encourage the creators of socially significant content. The award nominations are designed to highlight socially significant and positive content: projects about culture, history, volunteering, charity, educational and educational content, content about the achievements of Russian citizens.

ID “Arguments and Facts” (“AiF”) — a publishing house that publishes the largest and most popular weekly in Russia of the same name, as well as regional and thematic supplements.