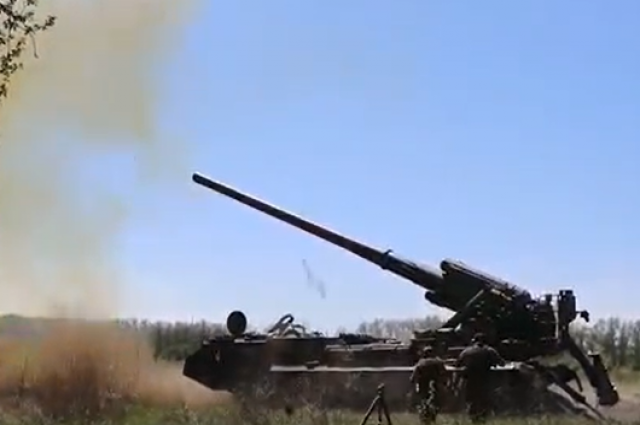 In the course of a special military operation, crews of Pion self-propelled artillery mounts discovered  positions of the enemy and delivered accurate strikes on designated targets, the RF Ministry of Defense reports.

Thus, equipped firing positions and observation posts of the Armed Forces of Ukraine in the forest were destroyed by live fire. Well-coordinated crews of the self-propelled guns “Peony” carried out live firing from closed firing positions with high-explosive fragmentation shells at a distance of up to 30 kilometers.

The department notes that reconnaissance of targets and guidance of artillery pieces is carried out in the daytime and at night using unmanned aerial vehicles.

Earlier, the Russian military, as part of a special military operation to demilitarize Ukraine, destroyed the stationing point of foreign mercenaries in the Odessa region.

Also, the artillery training center of the Armed Forces of Ukraine was destroyed in the Sumy region. There, foreign instructors taught Ukrainian soldiers howitzers M777.