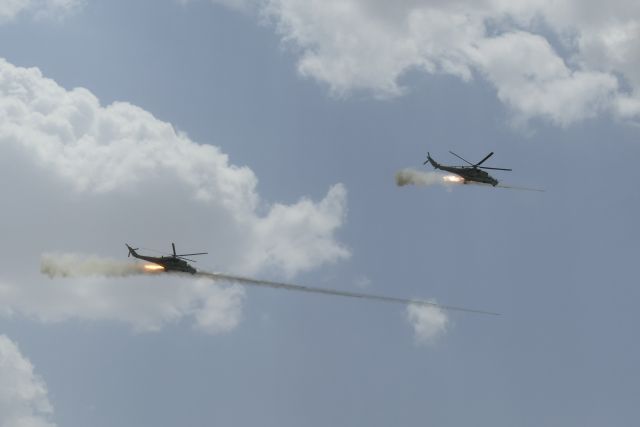 The Ministry of Defense of the Russian Federation showed footage of the work of a fire support group from Mi-8 helicopters during a special military operation in Ukraine.

The Defense Ministry said that fire support groups perform  tasks to ensure the security of army aviation during combat sorties.

During one of the sorties, the purpose of which was visual reconnaissance of the area, Russian servicemen discovered an enemy reconnaissance and sabotage group along the flight route. It is reported that a fire support group opened fire on militants of the Armed Forces of Ukraine with small arms  >

Earlier the Ministry of Defense of the Russian Federation showed the work of combat crews of 152-mm Msta-B howitzers when performing fire missions to destroy armored vehicles and fortified positions of Ukrainian troops during a special operation.