Venezuela is at the forefront

After Argentina applied to join the BRICS, many asked the question: “Can Russia, in principle, find support in Latin America?” Our country really has friends in this region. This is primarily Venezuela, Cuba and Nicaragua. Bolivia adjoins them. The recent summit of the Americas, where three countries were not invited (a fourth joined them), objectively contributed to an even closer rapprochement with Russia. However, we have had strategic relationships before. 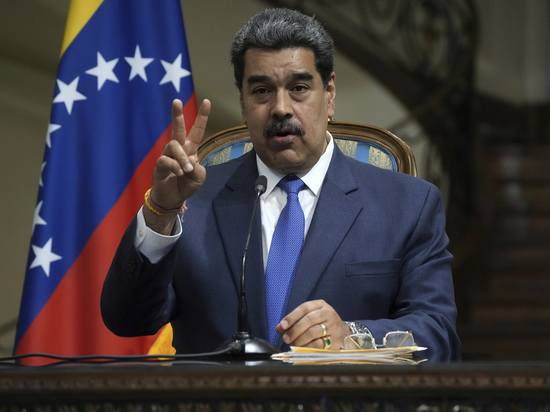 The Bolivarian Republic is at the forefront of this process. The first official visit of the Venezuelan President took place in May 2001. It was painted in unusually warm colors. The meeting in the Kremlin was particularly emotional. Immediately after a firm handshake, Chavez said that he was happy, proud, excited, and, making an appropriate gesture, asked Putin: “How is your judo?” And then he added: “And I'm fond of baseball.” To which his counterpart threw the phrase: “Baseball is a game derived from Russian bast shoes.”

Such a casual exchange of remarks by seemingly old friends created an informal atmosphere on the eve of the talks in a narrow and then in a wide format. Welcoming his colleague, Putin stressed: “Cooperation with Venezuela is a fundamental element of Russia's relations with Latin America. We highly appreciate the president's decision to visit Russia and are confident that this will give a great impetus to our relations.” For his part, the guest said: “We wish Russia success. We are ready to provide any of our assistance where necessary.”

As a result of the visit, a joint statement was signed, which outlined the contours and parameters of bilateral cooperation. The closeness of positions on key issues of world development was confirmed. Both countries agreed to make efforts to establish a multipolar and non-violent world order based on the principles of non-interference in internal affairs, equality and sovereign equality of states, peaceful settlement of disputes, non-use of force or the threat of its use, territorial integrity and political independence.

Building relations with our country, Chavez relied on long-standing traditions laid down by his compatriot Francisco de Miranda. In 1786–1787, the ideologue of the struggle for independence of the Spanish colonies came to Russia in search of support for his cause. He was received at court, treated kindly by Empress Catherine II, communicated with the highest dignitaries, met with sympathy and sympathy. Then he traveled through Europe with a Russian passport, with the right to wear the uniform of Her Majesty's Army.

… Chavez visited Russia 9 times. Close strategic cooperation in the military sphere has been established. Venezuela has purchased a significant amount of the latest weapons to strengthen its defense capability in the event of aggression by the hated “northern neighbor”, considered the main enemy, and has acquired a license for the production of Kalashnikov assault rifles in its homeland. Only an untimely death at the age of 59 from a serious illness did not allow Chavez to follow the line of even closer rapprochement with Russia.

However, this course is continued not so intensively, but dynamically by his successor Nicolas Maduro, who came to power in 2012 year. He also repeatedly came to our country, talked with Vladimir Putin, who provides all kinds of support to the state, which is experiencing an economic crisis due to the catastrophic fall in prices for its main wealth – oil. Russia, in particular, sent a huge batch of drugs there.

Vice President of Venezuela Delcy Rodriguez, who has repeatedly visited us on working visits, listened to Vladimir Putin’s speech at the St. Petersburg Economic Forum in June 2022 and talked with Foreign Minister Sergey Lavrov. They discussed in detail the state and prospects of bilateral ties and the burning international problems. The meeting was held in an exceptionally friendly atmosphere.

The leader of the Cuban revolution, Fidel Castro, came to the Soviet Union, where he was received with exceptional warmth, he visited factories and factories, spoke at crowded rallies, emphasizing in every way the world significance of our country. Brother Raul, who replaced him at the highest post, also visited our country, met with Vladimir Putin, and discussed the prospects for bilateral ties. The current Cuban leader Miguel Diaz-Canel adheres to the same course of all kinds of rapprochement.

It should be especially emphasized that Fidel Castro and the Venezuelan leader initiated the creation of an association called ALBA, which means “dawn” in Russian. It functions to this day. An example is the XXI summit of the organization held in Havana on May 27, 2022. This structure supports all foreign policy initiatives of Russia.

Nicaraguan Daniel Ortega, who won power back in the days of the Soviet Union, provided significant material assistance to the Sandinistas. The USSR invested in the Nicaraguan revolutionaries, according to Western sources, about $5 billion. Ortega was the first politician to respond positively to Dmitry Medvedev's call to recognize the independence of Abkhazia and South Ossetia immediately after Russia's operation to enforce peace in the Caucasus in August 2008.

Ortega announced his decision on September 2, 2008, speaking at a rally on the occasion of the 29th anniversary of the creation of the Sandinista People's Army. Recalling that the republics were part of the Soviet Union as autonomies, he stressed that Russia had no other way but to provide them with military and political assistance in the face of constant threats from Georgia. At the end of 2009, the president paid an official visit to Moscow, where he was received with royal honors. He met with a colleague, negotiated with the heads of interested departments. Later, diplomatic relations were established with Abkhazia and South Ossetia, and Foreign Minister Samuel Santos paid an official visit there.

On June 12, 2014, during his stay in Latin America, unexpectedly for experts, Vladimir Putin stopped by Nicaragua, where he had a warm, sincere conversation with the head of state. The interlocutors discussed in detail the state and prospects of multilateral ties in various fields. A similar range of issues was raised in January 2015, when a delegation of senators arrived, headed by Valentina Matviyenko, Chairman of the Federation Council.

Bilateral relations are developing dynamically. In Nicaragua, a production facility for the development of an anti-covid vaccine using Russian technology has been opened. Minister of Health Veronika Skvortsova came to the launch ceremony. During his stay there, the head of the defense department, Sergei Shoigu, agreed that domestic aviation would loiter in the construction zone of the interoceanic canal. There are many such examples of close cooperation. All this confirms the existence of a strategic partnership.

Bolivian Evo Morales, the leader of the “Movement towards Socialism”, has long been at the top of power in this multi-ethnic country. He had great sympathy for Russia and supported all her initiatives in the international arena. He repeatedly visited our country with official and ordinary visits. I met with a wide range of interlocutors interested in deepening bilateral ties in various fields. He attended sports competitions, in particular football.

The moderate politician Luis Arce, who replaced him in high office, follows the foreign policy line of his predecessor. He made an extraordinary act, refused to participate in the Summit of the Americas as a sign of solidarity with his colleagues, although he received an invitation.

During a recent visit to Moscow, Argentine President Alberto Fernandez and his Brazilian counterpart Jair Bolsonaro were warmly received by Vladimir Putin in The Kremlin, which testifies to their ability to build a policy contrary to the sanctions of the West and understand the role of Russia on the world stage.

This is another confirmation of the high authority of our country in Latin America.