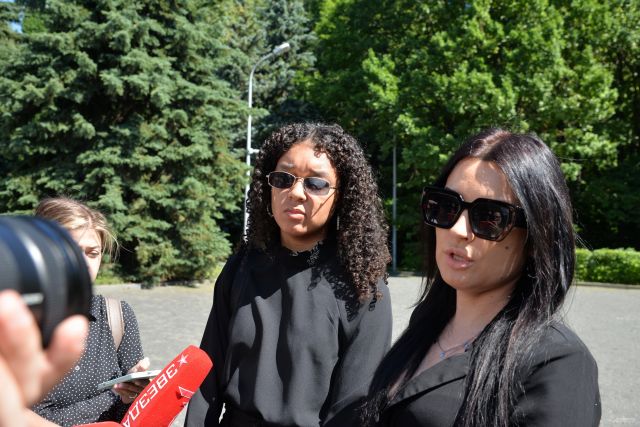 The ex-wife of Pierre Narcissus Valeria Kalacheva told Starhit about the difficult relationship with the artist’s family, about the funds spent on the funeral and the apartment that she and their common daughter got.

According to her , farewell was postponed several times due to disagreements with relatives. They also didn’t like the coffin she bought.

“I’m renting the hall [in the Central Clinical Hospital of Moscow] myself for the third time, each time I paid 150 thousand. The money burned, it's a loss. Relatives did not come to Moscow, they did not send a ruble. The Embassy of Cameroon did not help us either. They collected money from the world bit by bit, — she said.

Valeria and their daughter Caroline-Kristel inherited an apartment. She hopes that the singer's relatives will not claim this living space.

“I will not give them anything. The apartment is registered to me, they can’t claim anything, — added Kalacheva.

Recall that in 2006 Valeria and Pierre had a daughter. Three years later, they got married, and divorced in 2017.

The 45-year-old Russian singer of Cameroonian origin died on June 21 during an operation. Farewell to him took place on June 30.