The murder of Japanese ex-premier Shinzo Abe in the city of Nara, detained at the scene, was explained by the attacker's dissatisfaction with the politician's actions. So if we are not talking about the actions of a mentally ill person (and this is yet to be found out by the investigation), then the murder of Abe can be inscribed in the context of terrorism. 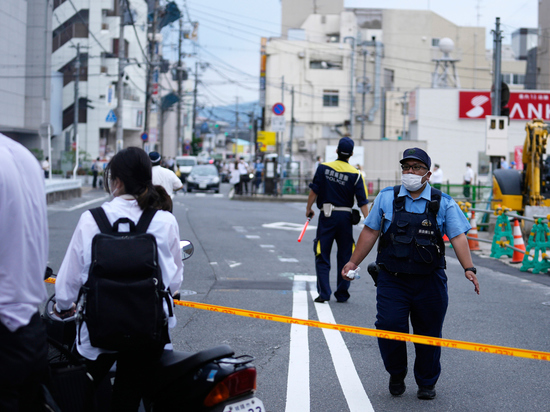 In recent years, it was believed that in the list of threats facing the Land of the Rising Sun, terrorism does not occupy the top lines. However, it cannot be said that the Japanese are not at all exposed to threats related to political or religious extremism.

The most famous terrorist attack in Japan is the sarin attack on the Tokyo subway, which was staged on March 20, 1995 by adherents of the totalitarian sect Aum Shinrikyo (recognized as a terrorist organization and banned in Russia). Attackers pierced packages with sarin in subway cars. The victims of the attack were up to 27 people, the number of victims was in the thousands.

During the investigation, hundreds of supporters of Aum Shinrikyo were arrested, including the leader of the sectarians Shoku Asahara, whose teachings were based on the imminent expectation of the end of the world and the last battle of “Good” and “Evil”, in which all “sinners” should be exterminated. It is believed that it was he who ordered the gas attack.

The court found him guilty on 13 of 17 charges and sentenced him to death by hanging in 2004. In total, the court issued 12 death sentences to the leaders of the sect and their accomplices. The death sentences were carried out in July 2018 – by the way, this happened during Shinzo Abe's tenure as head of the Japanese government.

The attack on October 31, 2021 by 24-year-old Kyota Hattori, who threw himself at people with a knife and set fire to a train in the western suburbs of Tokyo, can hardly be attributed to “pure” terrorism. Despite the fact that this style of attack resembles the actions of lone terrorists in Europe and the Middle East, the detained attacker attributed his actions to problems with work and friends.

A few months earlier, on August 6, 2021, a similar story played out on a commuter train on the Tokyo railroad. One Yusuke Tsushima, 36, began indiscriminately stabbing people on a commuter train, injuring four women and five men. Before escaping, the attacker tried to start a fire in the car. Apparently, Tsushima acted out of misogynistic motives, as he could not build relationships with members of the opposite sex. The Japanese blamed society for his personal life problems.

Despite Japan's reputation for having one of the lowest crime rates in the world, there were serious incidents of attacks on people with bladed weapons in the 2000s and 2010s.

In 2001, a 37-year-old former prisoner with mental instability and antisocial behavior, Mamoru Takuma, killed eight elementary school children during the Osaka school massacre. In 2008, 25-year-old Tomohiro Kato staged a massacre in Akihabara, killing seven people. In 2016, 26-year-old Satoshi Uematsu committed one of the worst massacres in Japan since World War II, stabbing 19 disabled people to death at a medical center. And this is not a complete list of such attacks.

Despite the bloody consequences of such attacks, these actions of individuals cannot be compared with the history of the most famous – in addition to “Aum Shinrikyo” – and the real terrorist group of the Land of the Rising Sun. We are talking about leftist fanatics from the so-called “Japanese Red Army” (Nihon sekigun). Despite the name and the declared adherence to the communist ideology, the ultra-radical group, along with the capitalists, imperialists and Zionists, also included the Soviet “revisionists” among its enemies.

This organization gained a reputation in the 1970s as one of the most « frostbitten” terrorist groups of the time. She was remembered quite recently, when Fusako Shigenobu, who had served a 20-year sentence for an attack on the French embassy in the Netherlands, was released from a Japanese prison at the end of May.

This “Empress of Terror”, a former employee of a soy sauce company, is said to be the founder of the “Japanese Red Army”, which staged armed attacks around the world in support of the Palestinian cause. It is believed that it was she who organized the 1972 shooting at the Tel Aviv Lod airport, as a result of which 26 people died and about 80 were injured. It was a ruthless massacre.

Three Japanese men dressed in business suits fired machine guns at people in the passenger terminal in long bursts. About half of the dead were Christian pilgrims who arrived in the Holy Land from Puerto Rico. Among the dead was the former president of the Israeli Academy of Sciences, Aharon Katzir, brother of future Israeli President Ephraim Katzir. Two terrorists died during the attack, one ended up in an Israeli prison, but after a 13-year term, along with hundreds of other prisoners, he was exchanged for three Israeli soldiers.

In August 1975, the Japanese “Red Army” took more than 50 hostages in Kuala Lumpur (Malaysia). Among those captured were an American consul and a Swedish charge d'affaires. The Japanese government was forced to release 5 prisoners of the “Red Army” and deliver them to the Malaysian capital. After that, all the hostages were released, and the extremists flew to Libya on the plane provided to them.

And in September 1977, members of the group hijacked a Japan Airlines plane. The Japanese government released six Red Army members and paid a $6 million ransom. The militants fled to Algiers.

One of the last high-profile terrorist attacks of the “Japanese Red Army” – an explosion in an American club in Naples in April 1988 – then five people were killed.

Fusako Shigenobu lived on the run in the Middle East for about thirty years, but was arrested in Osaka in November 2000 after secretly returning to Japan on a fake passport and checking into a hotel disguised as a man. 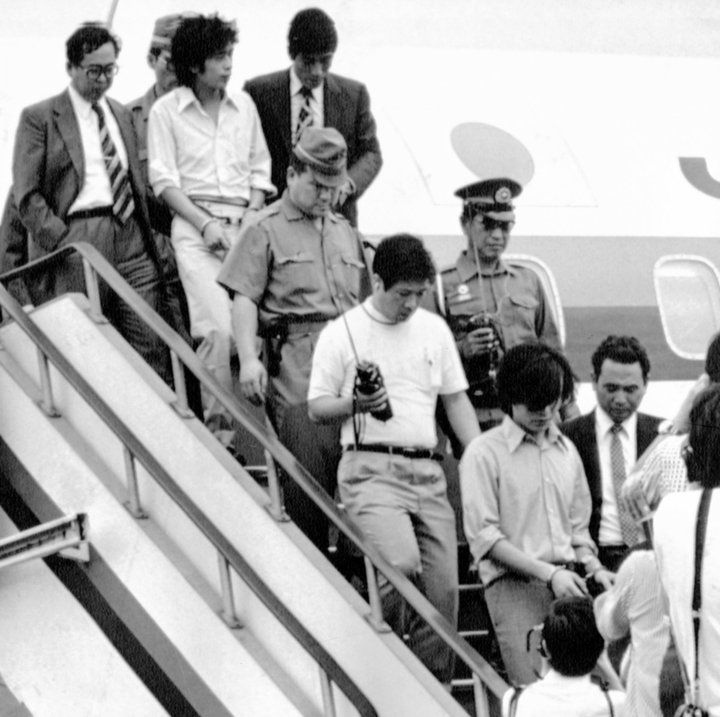 Six years later, the “Empress” was sentenced to a lengthy prison term for her role in the 1974 attack on the French embassy in The Hague. During the attack, three “Red Army men” broke into the diplomatic mission, taking the ambassador and 10 other employees hostage for 100 hours. During the attack, two police officers were injured. France complied with the terrorists' demands by releasing a jailed Red Army militant who flew to Syria with the hostage-takers. Although Shigenobu did not personally take part in the attack, the court accused her of coordinating the operation with the Popular Front for the Liberation of Palestine.

While already in prison, in April 2001, Shigenobu announced the dissolution of the Red Army. (After that, the US State Department removed the group from the list of active terrorist organizations). In a letter to a Japan Times reporter in 2017, she acknowledged that the group had not achieved its goals: “Our hopes were not met, and it ended ugly.” Upon her release, the ex-terrorist announced that she wanted to focus on her treatment (in prison, she was diagnosed with colon and intestinal cancer, and she underwent several operations).

It is doubtful that the assassination attempt on Shinzo Abe was carried out by a supporter of any terrorist group. Moreover, the murder weapon was a roughly made homemade double-barreled shotgun in the form of two tubes taped to a wooden stock with tape. Presumably, we are talking about the actions of a loner. Moreover, the time and place of the ex-premier's speech in the city of Nara was announced only on Thursday evening.

Tetsuya Yamagami, a 41-year-old local resident, reportedly said he planned to kill Abe because he was unhappy with his policies. And here one can only guess what the politician did not please his killer. Maybe Yamagami was unhappy with Abe's economic efforts (his policy, called “Abenomics”, was aimed at bringing the world's third largest economy out of deflation). Or maybe he was unhappy that the ex-premier advocated an increase in the defense budget and supported a more visible role for the Japanese military to counter the growing challenges from North Korea and China.

Or vice versa – the attacker hated the ex-premier because he did not complete his plans to revise the “pacifist” constitution of Japan, which prohibits the country from using force to resolve international disputes. Or Yamagami has a grudge against Abe because of the way his government handled the early days of the coronavirus pandemic. It is also possible that the “terrorist” simply does not have everyone at home…

Be that as it may, the current attack rather brings to mind the assassination on October 12, 1960 of the chairman of the Socialist Party, Inejiro Asanuma. During a televised debate at the Hibiya public hall in Tokyo, 17-year-old right-wing ultranationalist Otoya Yamaguchi burst onto the stage and mortally wounded the politician with a wakizashi short sword. Because the murder took place on live television, it spawned a number of similar attacks. Thus, in February 1961, another 17-year-old far-right nationalist, Kazutaka Komori, attempted to assassinate the publisher of the magazine Chuo Koron.

Moreover, one can recall the attempt of a lone Japanese terrorist to kill the future Russian Emperor Nicholas II. Visiting Japan in the spring of 1891, Tsarevich Nikolai Alexandrovich in the city of Otsu almost became a victim of an attack by policeman Tsuda Sanzo. Apparently, the fanatic acted on the basis of xenophobia, he did not like the fact that the foreign prince was given imperial honors, according to another version, he was indignant at the fact that Nikolai, when visiting a Buddhist temple, did not seem to take off his shoes. There is also an assumption that he did not like the fact that Russia owns Sakhalin.

Be that as it may, the Japanese policeman rushed to the carriage in which the rickshaw was carrying Nikolai, and managed to deliver two blows with his saber. Fortunately for the future autocrat of the All-Russian, the wounds were not too severe (although Nicholas II suffered from headaches until the end of his life). And the arrested Tsuda Sanzo was sentenced to life imprisonment, but a few months after the judgment was passed, he died of pneumonia in custody on the island of Hokkaido.

There was in the history of Japan and the case of the assassination of the current prime minister. But the 77-year-old head of government, Inukai Tsuyoshi, was shot dead on May 15, 1932, not as a result of an assassination attempt, but during a military putsch arranged by a group of officers of the Imperial Navy with the support of cadets of the Imperial Army and nationalists from the Blood League organization.

Wishing to establish a military dictatorship in the country, the conspirators broke into the prime minister's residence and shot Inukai Tsuyoshi, who was trying to enter into a dialogue with the rebels. By the way, the putschists also planned to kill Charlie Chaplin, who arrived in Japan (his death would have provoked, according to the conspirators, tensions in relations between Washington and Tokyo for the benefit of Japanese society). But at the time of the attack, Chaplin was at a sumo match with the prime minister's son.

Despite the assassination of the prime minister, the coup attempt failed, and the conspirators surrendered to the police. Surprisingly, the verdict handed down by the tribunal under the pressure of public opinion turned out to be very mild – the defendants received only a few years in prison.