It may be adopted in the fall

The government did not support a bill that proposes to simplify the procedure for obtaining Russian citizenship by a child living outside the Russian Federation, one of whose parents is Russian. One of the arguments is that “the first reading of the completely new law “On Citizenship of the Russian Federation” introduced by President Putin has already passed in the State Duma, and there is no point in making changes to the current one.”

The problem is that the new law on citizenship, as they say in such cases, “hung” in the State Duma. The situation that has radically changed and continues to change will require the “adjustment” of the document that was born even before the start of the special operation, and no one seems to know when it will come into force and in what form. 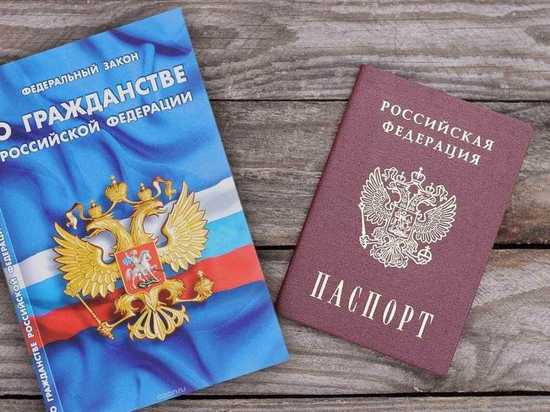 What is the new law?

It was submitted to the State Duma signed by President Putin back in December 2021, one might say, “in another life.” Although the initiatives of the head of state are usually a priority by default, and a new law on citizenship was expected for a long time, the first reading took place only in early April.

Representative of the president, head of the Main Directorate for Migration of the Ministry of Internal Affairs Valentina Kazakova then told the deputies that the initiative was developed “in order to implement the changes made to the Constitution” and creates “favorable conditions for the resettlement of people who speak Russian, who know its history and who are close in culture to Russia “. The requirements for admission to Russian citizenship are reduced for more than 20 categories of foreigners, primarily compatriots, although the terms “compatriots” and “repatriation” are not in the text of the document.

At the same time, this bill expands the powers of the head of state. The President proposed to give him the right to determine which other categories of foreigners, in addition to those described in the law, and from which countries they will receive a “green light”, as well as the set of benefits laid down for these categories when applying for Russian citizenship. For the time being, he has the right to introduce preferential rules for obtaining Russian passports only “on humanitarian grounds” by decree: it is for such reasons that since 2019 residents of the DPR and LPR have received the right to receive Russian passports.

Ms. Kazakova told the deputies that the expansion of presidential powers in such matters will help “to respond more quickly and flexibly to the emerging geopolitical situation in the world.”

It was assumed that the second reading would not be long in coming: although the usual deadline for submitting and discussing amendments in committee is 30 days, in this case it was reduced to two weeks, that is, until April 19. And in general, presidential bills in recent years have usually not been stale.

But then – silence … The session ended, the deadline for submitting amendments had long expired, and no one remembered about the second reading.

The head of the relevant Committee for CIS Affairs, Eurasian Integration and Relations with Compatriots, Leonid Kalashnikov (KPRF), in a conversation with MK, explained the “suspense” of the presidential bill as follows: “now we are adopting many laws in connection with a special military operation – and on refugees, and for different categories of arrivals from Ukraine in general, approaches are changing on the go.” And although there were a lot of amendments to the presidential initiative, he said, “we are not in a hurry on purpose, so as not to pass a crude law and to take into account all the new points that have already begun to appear.”

By the way, the government and the president did not send their amendments. How does the Kremlin feel about the delay? “I haven't coordinated anything with anyone, but we see that it takes time to complete the work on the text. They also understand this and are not in a hurry,” Mr. Kalashnikov explained. He thinks that the new citizenship law will still be adopted in the autumn session.

But in what form? For whom the procedure will be simplified, for whom it will be complicated, will the list of grounds for “termination of Russian citizenship” be expanded even more compared to the first reading, will there be new restrictions for persons with dual citizenship? At the moment, at least an approximate answer to these questions, apparently, no one knows.

As for the top-priority laws that the Duma has been working on in recent months, one of them was adopted in the last two days of the State Duma's work in all three readings, has already been approved by the Federation Council and is awaiting the president's signature. We are talking about amending the law “On Refugees”. Now only 10% of people fleeing to Russia from the territory of Ukraine, the DPR and the LPR have official refugee status, because one of the conditions for obtaining it is the obligation to deposit a Ukrainian passport, or passports of the DPR and LPR, with the internal affairs authorities, explained to colleagues one of the authors, the first deputy head of the Committee on CIS Affairs Konstantin Zatulin (ER). According to him, “people left everything there and hope to return, sometimes to pick up someone from their relatives and friends, and are not ready even for such a delay.” After the entry into force of the law, it will not be necessary to hand over passports in order to obtain a refugee certificate for those who are forced to flee in Russia from territories covered by military operations by citizens of Ukraine, the DPR and the LPR. For all other foreigners, even those who fled the war zone, but in other regions of the world, the rules remain the same …

Without waiting for the adoption of the presidential bill, deputies and legislative assemblies introduced several of their own in the spring, proposing to amend the current law “On Citizenship”. For example, Right-wing Russians consider it right “against the backdrop of ongoing aggression against the Russian-speaking population” to extend the simplified procedure for obtaining a Russian passport, which is valid for citizens of Moldova, Ukraine, Kazakhstan and Belarus, to citizens of Latvia, Lithuania and Estonia. That is, to give them passports without renouncing the citizenship of other states. And also introduce an additional category of foreign citizens and stateless persons to whom the citizenship of the Russian Federation can be granted in a simplified manner, that is, without observing the condition of a continuous five-year period of residence in the territory of the Russian Federation and without confirming the existence of a legal source of livelihood: “permanently residing on the territory of NATO member countries or on the territory of Ukraine, if they speak Russian or have at least one parent born on the territory of the RSFSR or the Russian Federation. The Leningrad Legislative Assembly and the Parliament of Adygea want to correct something in the procedure for obtaining Russian citizenship by a child born from the marriage of a Russian (Russian woman) with a foreigner, if this foreigner does not give consent to this. Etc., etc.