The recent visit by US President Joe Biden to the office of the Central Intelligence Agency (CIA) was a kind of response to the visit by Russian President Vladimir Putin to the headquarters of the Foreign Intelligence Service (SVR). So says military expert, editor-in-chief of the National Defense magazine Igor Korotchenko. 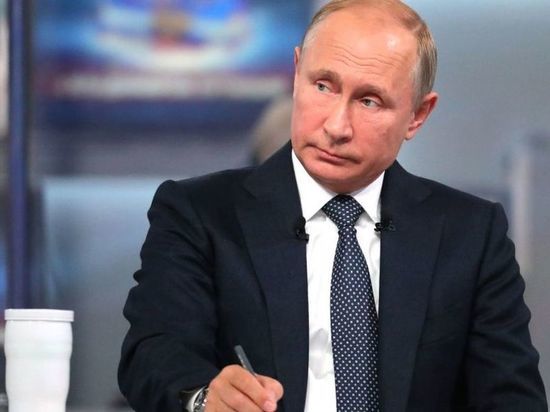 On the occasion of the 75th anniversary of the CIA, Biden called this agency “the best secret service in the world “. A controversial statement, if we recall last year's events in Afghanistan, when not a single forecast of CIA analysts regarding the development of the situation in this country came true.

Biden also said that the CIA was able to “predict the plans” of President Putin and warn of a special military operation (SVO) in Ukraine. According to Korotchenko, “Biden’s assessments regarding the early disclosure of the goals and objectives of the SVO can be both disinformation and the truth.” In any case, in his opinion, there is a need to intensify the efforts of the First Service of the FSB, the Department of Military Counterintelligence and other specialized structures of the Lubyanka in identifying and suppressing the activities of the CIA agents and British intelligence MI-6, embedded in the key structures of the state administration system of the Russian Federation.

Korotchenko recalled that Putin's visit to Yasenevo on June 30 was associated with the 100th anniversary of domestic illegal intelligence (Department “C” of the Russian Foreign Intelligence Service). As he wrote on the Telegram channel, “at present, Russian illegal residencies are presumably deployed in a number of EU countries, as well as in the USA and Canada.”

“Their role and importance increased many times after February 24, 2022,” notes Korotchenko, “when Western countries took coordinated actions to mass expel employees of Russian embassies, among whom, according to representatives of the enemy’s counterintelligence agencies, were personnel officers of the Foreign Intelligence Service and Main Directorate of the General Staff of the Armed Forces of the Russian Federation.

According to the expert, the illegal residencies of the Foreign Intelligence Service have independent channels for maintaining communication with the Center, are completely autonomous in their activities and are practically invulnerable to Western counterintelligence agencies. Failure is possible only in case of betrayal among the officers of Directorate “C”, as it once happened with the Colonel of the SVR Poteev.

Korotchenko believes that it was no coincidence that on the eve of the 75th anniversary of the CIA a feature series was shown on one of the central channels, dedicated to the successful activities of illegal immigrants SVR. He called this step an “active measure” or subtle trolling by the Russian intelligence services of his American “partners”. According to him, in the artistic image of one of the Chekist leaders shown in the series, the legendary Zhomov (Prologue agent) was clearly recognizable, later – Colonel General and, until recently, one of the leaders of the First Service of the FSB.

“At one time, the masterfully organized set-up of a young KGB officer Zhomov to the CIA resident in Moscow and the work of fooled Americans with him became one of Langley’s biggest and most painful punctures in the Soviet/Russian direction,” Korotchenko noted.