Import substitution of words is now a very fashionable trend

Russian politicians care a lot about their constituents. Not only about everyone together and each individually, but even about individual parts of their bodies. The Liberal Democratic Party, for example, took care of the “Russian ear” and came up with a proposal to replace the term “president” with “ruler” until the foreign word “takes root completely.” All this is explained by the fact that the “ruler” is allegedly “more understandable to the Russian ear”. 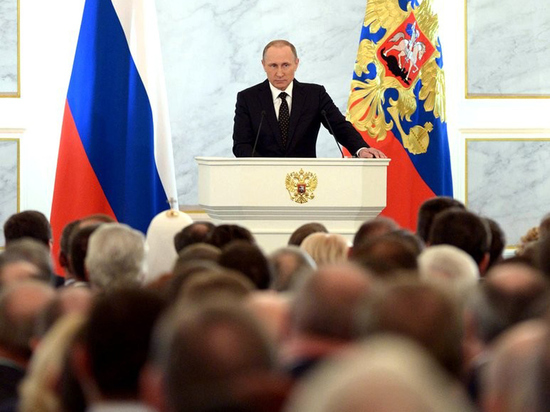 True, this very ear has been heard by the “president” for more than thirty years, before that – by the “General Secretary”, and the only “Supreme Ruler of Russia” was Admiral Kolchak, and even that was a little more than a year (from November 1918 to February 1920 – th), and he did not actually rule Russia.

The Liberal Democrats insist: “The term “president” in the sense of the head of the executive branch was first used only at the end of the 18th century in the United States and much later spread around the world . In our country, by historical standards, this is generally a new word, and until it takes root completely, you can safely replace it.

Yes, import substitution of words is now a very fashionable trend. Moreover, it is much easier than import substitution of goods. It is worth recalling the recent Crimean dictionary on the replacement of anglicisms in Russian, containing about 150 words. And we can agree with many examples. Of course, it's better to be angry than “aggressive”, and yet in Russian – unpacking, not “unboxing”. But these are just youth jargon, and they are unlikely to become commonplace. And yet, “boyfriend” is not exactly a groom. And the “hype” proposed instead of “hype” is also not a native Russian word. And it is hardly advisable to replace a vivid foreign term with a couple of explanatory Russian words. The “selfie” originated with the advent of mobile phones with cameras and immediately became a “selfie” rather than a “photo of yourself”. The new phenomenon immediately received a name. The process of photographing yourself with a film camera against the background of naval pasta, then developing the film, printing the photograph and sending it by letter to Uryupinsk, no one will call “taking a selfie”.

The situation is similar with the “ruler”. The vast majority of the long list of “Rulers of Russia from 862 to 2022” consists of grand dukes, tsars, emperors and general secretaries: hundreds of years old and hundreds of surnames. And only at the very bottom – a short patch of three presidential names (Gorbachev does not count).

The “rulers” are not elected by universal secret ballot, but that's the only way presidents are elected. Of course, if we are talking about the abolition of elections, it means “ruler”. But what does the “Russian ear” have to do with it then …