Canadian researchers have made a discovery that could affect the fate of half the world's population. A hole seven times larger than the famous ozone hole over Antarctica has been discovered in the ozone layer of the Earth's atmosphere over the tropics.

People of middle and older age remember well how much talk there was in the 1980s about the Antarctic ozone hole. Due to the large-scale use of industrial chemicals over the icy continent, the concentration of ozone was decreasing — the layer of this gas is located at altitudes of 15 to 25 kilometers and plays an important role in protecting the Earth from solar radiation, absorbing the hardest part of ultraviolet radiation.

Since the measures were taken, the ozone layer over the South Pole began to recover little by little. In the past, the UN published a report that due to the ban on certain chemicals, the content of this gas in the atmosphere has increased. However, the scientists' new discovery runs counter to these data. 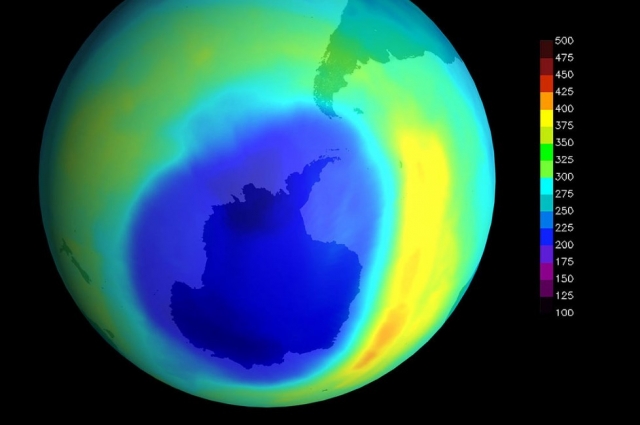 Professor at the University of Waterloo Tsing-Bing Luand colleagues discovered that since the same 1980s, there has been an ozone hole over the tropical region of the Earth, which is seven times larger than the hole over Antarctica, which environmentalists have been worrying about all these years. The scientists did not use photochemical methods to estimate the concentration of this gas, which are usually used by researchers, however, they found that the mechanism of formation of the Antarctic and tropical ozone holes is identical.

The ozone content in the tropical ozone hole is 25% less compared to its abundance in the pristine atmosphere. Calculations show that the depletion of the ozone layer over the equatorial regions can negatively affect the planet's ecosystems and harm 50% of the world's population.

“The depletion of the ozone layer can lead to an increase in the level of ultraviolet radiation on the Earth's surface, which will increase the risk of developing skin cancer and cataracts in humans, as well as weaken their immune systems, reduce agricultural productivity and negatively affect sensitive aquatic organisms and ecosystems, — the authors of the study note in their scientific article.