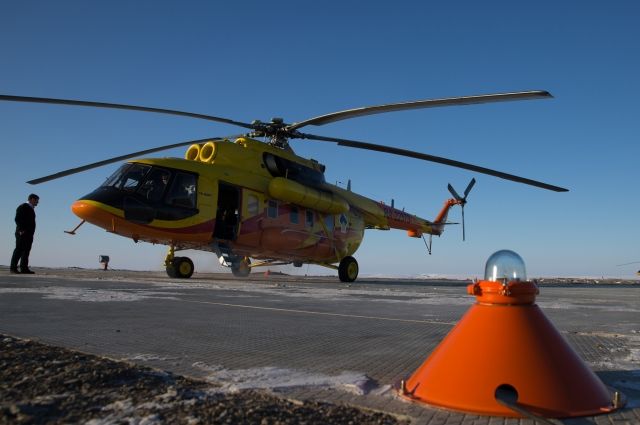 Works to eliminate the environmental damage accumulated in Soviet times on Franz Josef Land and Novaya Zemlya were carried out in 2012-2017 . This was the first stage of cleaning up the Arctic territories.

At the second stage, it was necessary to assess the environmental situation in the places where oil products were previously stored and unloaded. And more precisely, to understand how dangerous the spills are, in order to then make a decision about further cleanup.

National Park "Russian Arctic" together with "Rosneft" since 2019, he has been studying oil-contaminated areas of Franz Josef Land. On 15 July, he presented the results of research on the All-Russian environmental online platform “Clean Future”.

Director of the National park “Russian Arctic” Alexander Kirilov recalled the words Admiral Stepan Makarov, written by him after the most difficult trip on the world first icebreaker: "A simple glance at the map of Russia shows that its main facade overlooks the Arctic Ocean".

The facade must be clean. But there are still pockets of soil and soil contamination where in the Soviet years fuels and lubricants were stored or unloaded, which were imported to the Arctic to ensure the operation of scientific and meteorological bases, as well as the operation of military facilities.

These were the northernmost explorations in the world — on the territory, from where it is only 900 km to the North Pole. In order to take soil samples from the  permafrost, a special drill was designed.

«We saw that there is a migration of oil products, but it occurs only 2 months year — summer. Of course, the question arose about their impact on the region's ecosystem. Therefore, it was important to identify microorganisms on contaminated and clean soils, to compare them», — explained a geologist, advisor to the director of the Federal State Budgetary Institution “National Park” Russian Arctic “, head of the” Clean Arctic “project Dmitry Kryukov.The selected samples were delivered to scientific laboratories, where they were examined for the presence of microorganisms.

«Soil — the basis of the existence of terrestrial ecosystems, and microorganisms — a key link in the biogeochemical cycles of nutritional processes. Therefore, they are indicators of the state of ecosystems, — explained scientist of the department of biology and biochemistry of soils of the Soil Institute named after. Dokuchaeva Dmitry Nikitin.

According to him, studies of soil samples showed an increased number of bacteria and fungi capable of processing oil products in places of pollution.

Soil pollution for the vital activity of native microorganisms — always a stress factor that can significantly change the composition of their communities. And response to pollution with diesel fuel and other oil products was an increase in the proportion of hydrocarbon-oxidizing bacteria. For such microorganisms, oil products become food, and they are called oil destructors.

The damage is insignificant. Bacteria will cope

However, first of all, scientists had to assess the damage to the ecosystem of the archipelago from these same spills of oil and oil products. And they gave their assessment: the damage is insignificant, but nature needs help. The laboratory of petroleum microbiology of the Federal Research Center for Biotechnology of the Russian Academy of Sciences conducted a series of experiments with different microorganisms and different oil products in the "Arctic" temperature 5˚С. In       according to the senior researcher of the laboratory Tamara Babich          the largest national park was left after 45 days     the world. Its area is 8.8 million hectares, which is comparable to the area of ​​Portugal and the two Switzerlands. Franz Josef Land has recently become a tourist archipelago. Every year more and more Arctic tourists come here