“More than 30 years have passed since the modernization”

A video of the movement of a tank battalion across Poland in the Ukrainian direction has appeared on the network. Commissar Andrei Rudenko published footage of the movement of a train with several dozen armored vehicles on his Telegram channel. Earlier, Visegrad 24 reported that Poland plans to transfer more than 200 battle tanks to Ukraine. The message said that they meant PT-91 Twardy tanks. 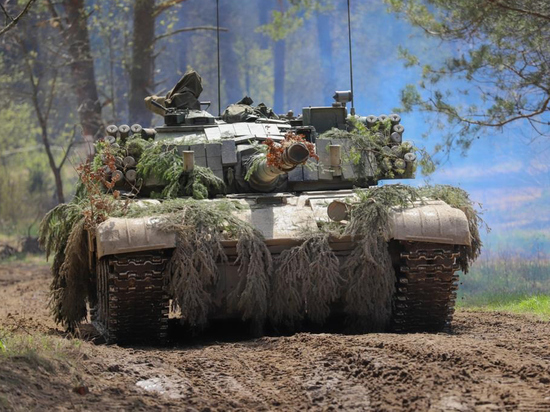 These vehicles are an upgraded version of the Soviet main tank T-72 M1. The main feature of the PT-91 tank is the Twardy protection using active armor of ERAWA's own design, which has 394 units. They cover the front of the hull and the turret.

Is the next aid going to Ukraine so good, and can it somehow affect the course of the special operation, military expert Yevgeny Linin told MK.

– Poland modernized this tank a long time ago, even the date is indicated in the title: 1991. It was already obsolete then, and now another 30 years have passed since the modernization. Maybe they (the Poles), of course, say that they made some kind of super-active armor, but we understand that this is not so. If this were true, then someone somewhere copied it long ago. But this is not. The Poles never knew how to make tanks at all, and indeed something worthwhile from weapons. They do not know how to do it even now.

Hence the conclusion: everything they say is more like the fact that the Americans promised them to supply the latest modifications of the Abrams (M1 Abrams – the main battle tank of the United States) in exchange for the fact that the Poles will give this junk, which they do not use anywhere, to Ukraine . Moreover, the ammunition load (AM) for these tanks also needs to be produced, but no one does this. They buy it and resell it to each other: then Ukraine to Poland, now Poland to Ukraine … And the ammo must be updated, because even those shells that were in Soviet warehouses before 1991 are already more than 30 years old. Accordingly, we understand that the question of the possibility of their use is 50 to 50. While the BC on Russian tanks is updated systematically. And a large number of new ammunition has already been produced.

Another important point: Polish tanks are different from Ukrainian T-64s. And the tank crews of the Armed Forces of Ukraine are sharpened to work on the “sixty fours” of Kharkov production, which were finalized in 2017 to the level of T-64 BV. They are equipped with sights, laser designators and thermal imagers. And this is their clear advantage. Plus they have an upgraded fire control system. In Polish tanks, all this is not. That is, Ukrainian tankers will practically have to retrain on the move. This, of course, is possible, but it will not be easy to achieve coherence between the crew, and even more so the entire tank unit. This requires large-scale exercises and training. But the territory of Ukraine now cannot provide such an opportunity. They do not have a strategic rear where they could see them off. They can only study in other countries. Poland, as far as I understand, is ready to supply tanks, but is not ready to provide training grounds.