“Now the geography is different”

Inevitability and relief. It was these feelings that Lavrov experienced with the start of Russia's special military operation. The head of the Foreign Ministry said this in an interview released on Wednesday. And in the same interview, he uttered words after which the majority of Russian people experienced inevitability and relief. Words about the future geography of Ukraine. 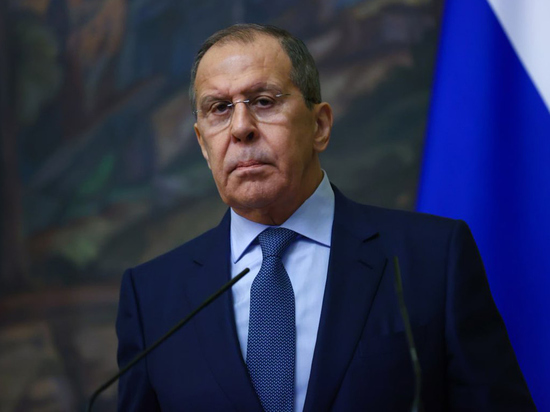 Here it is worth dwelling on Lavrov's remark that during the meeting of the negotiators in Istanbul at the end of March, the situation on this issue was significantly different, but now “the geography is different.” That is, Russia does not have the goal of seizing territories, there is a goal of demilitarization “in the sense that there are no threats to our security, military threats from the territory of Ukraine, this task remains.”

But the West is forcing Ukraine to lose territory by pumping weapons into the country. And no one asks for the opinion of Ukrainians, as Senator Klishas recently clearly explained: “Ukraine has long lost the status of a sovereign state and will soon lose the status of a subject of international law, in fact this is already the case. The territory of Ukraine is an object, a subject of negotiations, and this is a direct consequence of an unconstitutional coup d'état. Moreover, according to Lavrov, Ukraine is “literally kept from any constructive steps.”

So, the theme of “geography” will be continued. The “geographical tasks” of the special operation will move even further away from the current line. Because, as Lavrov said, “we cannot allow the part of Ukraine that Zelensky will control or whoever replaces him to have weapons that will pose a direct threat” to the territories of Russia and those republics that want to determine their future on their own.

And one more important point. If at some stage the collective West suddenly comes to its senses, declares that it has got excited and wants to restore relations with Russia, then it should not be repelled. “But we need to see how beneficial it is for us, and only then react.”

Lavrov, by and large, said what everyone was already waiting for, and that this is happening, he simply described the processes. But. The terms denazification and demilitarization, which are not very clear to the common man (this is physically, in reality, on earth – how?) were perceived with difficulty. And the chronic delay in explaining such “frightening” moments as the withdrawal from Kyiv or Zmeinoye, or the exchange of prisoners for the Nazis, only increased anxiety. Well, how will they surrender, withdraw the troops, agree on some mythical “friendly Ukraine” … And these sentiments were only inflamed in society by the enemy, using the entire arsenal of information warfare manuals.

And now, after the words Lavrov, you can exhale – finally, one of the first persons of the state said aloud: there will be no surrender of territories, only a small piece of disarmed “Ukrainian” Ukraine will remain, no agreements. Inevitably. Inevitably, it will be the way Russia needs it. And this is a relief.