Leading the most formidable special service, left it dilapidated

Vadim Bakatin, the last head of the State Security Committee (KGB) of the USSR, died at the age of 85. He headed the KGB after an unsuccessful attempt to take over the State Committee for the State of Emergency (GKChP), which lasted three days in August 1991. Then the KGB was still the most powerful intelligence agency in the world, which was feared by enemies and which could still save the USSR from collapse. In January 1992, when Bakanov was fired, the KGB was streamlined to incapacity. 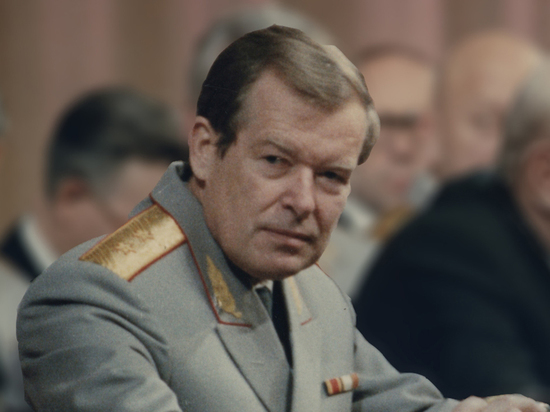 Of course, it would be wrong to blame Bakanov for this. The last president of the USSR, Gorbachev, with his inaction, and the first president of Russia, Yeltsin, with their destructive activity, could have coped on their own. Nevertheless, Vadim Bakanov, about whom after his death one can speak either well or nothing but the truth, also had a hand in ensuring that everything ended the way it ended.

Here is the entry about him left in his Telegram channel by the Ukrainian politician, former deputy of the Verkhovna Rada Oleg Tsarev: “Yesterday, the last chairman of the KGB of the USSR, a member of the CPSU since 1964, Vadim Bakatin, died. In history, he will forever remain a man who betrayed his homeland, his father-front-line soldier, who handed over to the Americans the drawings of unique listening devices not found by the CIA in the US Embassy in Moscow.

The last fact is a vivid evidence of the era of perestroika, with its pink illusions, dreams of world peace and eternal friendship with everyone. For those illusions, by the way, which turned out to be a direct deception on the part of the “partners”, one has to pay today.

They say that, on the instructions of Gorbachev, Vadim Bakatin “as a sign of goodwill” handed over to the Americans the details of the construction of the building of the new US embassy. There, listening devices – “bugs” – were built into the armature and could not be detected in any way. After the transfer of special information to the Americans, the construction site was demolished. Building materials for the new building began to be supplied directly from the United States. All for the sake of friendship with the USA.

“I often think,” Oleg Tsarev continues, “why did all or very many of the last KGB leaders, generals, turn out to be traitors to the country and people? Bakatin, Kalugin in Moscow. Marchuk, Derkach, Vandin in Kyiv? Marchuk planned to seize power as early as 1995 at the behest of the United States. Derkach, an army general who led the SBU in 1998-2002, lived and died in the United States all the last years… The list of their “feats” can be continued for a very long time…. And the question – why did this happen, continues to torment … “

In turn, the writer and politician Zakhar Prilepin, shortly before the death of Bakatin, when comparing the founder of state security Dzerzhinsky and the “democratic chief of security (traitor) Bakatin”, clearly preferred not the last chairman of the KGB of the USSR.

Vadim Bakatin at the end of the USSR made a typical party career. Graduated from the Novosibirsk Civil Engineering Institute. Worked at a construction site. In 1973 he switched to party work. He was the first secretary of the Kirov, and then the Kemerovo regional committees of the CPSU, a member of the Central Committee of the party. In 1988, Gorbachev appointed him Minister of Internal Affairs of the USSR. In 1991, he ran for the presidency of the RSFSR. Bakatin took the last place out of six candidates, Boris Yeltsin won.

The reform of the KGB under Bakatin led to the fact that the Foreign Intelligence Service, the Federal Security Service (FSO, the protection of the highest officials of the state) were separated from this special service into independent structures ) and even the Border Troops.

Bakatin will be buried at the Troekurovsky cemetery of the capital.